Our aim is to support and contribute to the wider conversation on both general and rural health issues.

The following are some of our key grey literature and open-access contributions made by our staff to the rural health conversation.

Associations between loneliness, social isolation and mental health and wellbeing

Three Rivers researchers – Deborah Warr and Jennifer Cox – along with Sarah Redshaw in the Faculty of Arts and Education at Charles Sturt, have completed an evidence summary. The summary focuses on associations between loneliness, social isolation and mental health and wellbeing. 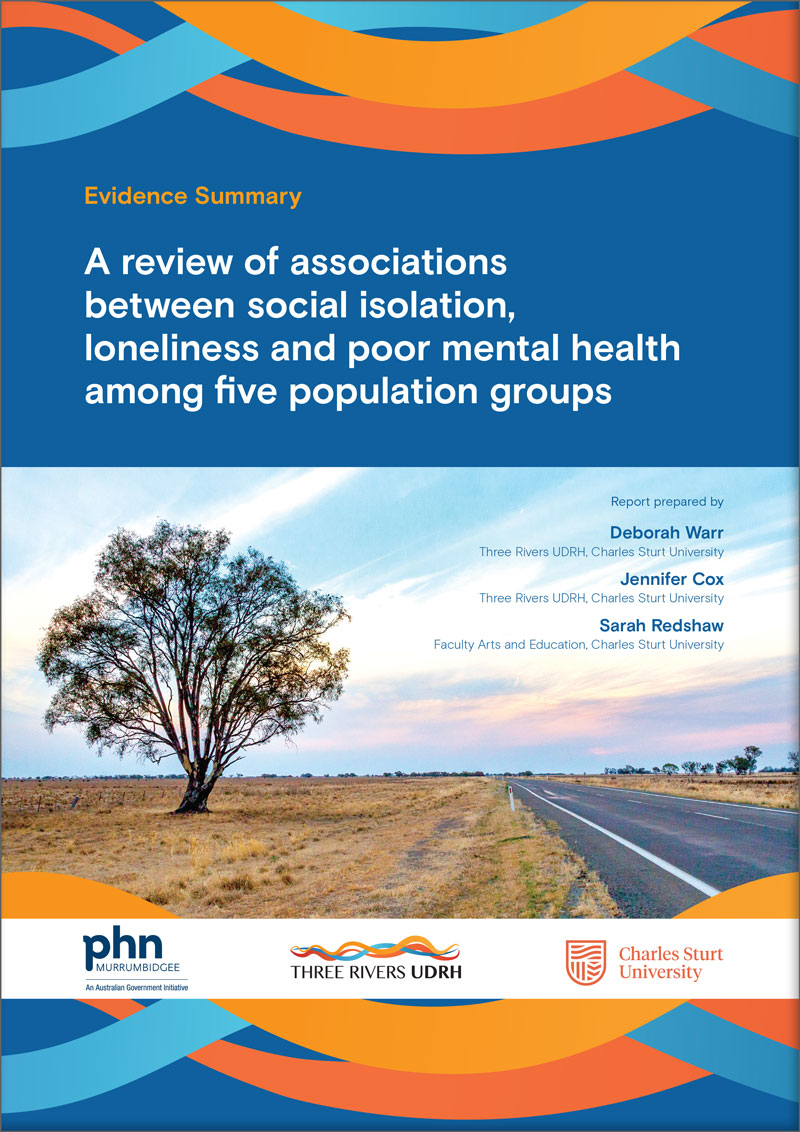 Through the MyPlacement project, we’re learning more about the circumstances and experiences of students doing rural clinical placements in nursing, dentistry and allied health.

We've produced a report providing a graphical snapshot of selective findings from the MyPlacement project. The report is an overview of key issues, including demographic characteristics of students, why students choose to enrol at Charles Sturt and in their courses, and appraisals of their placements. 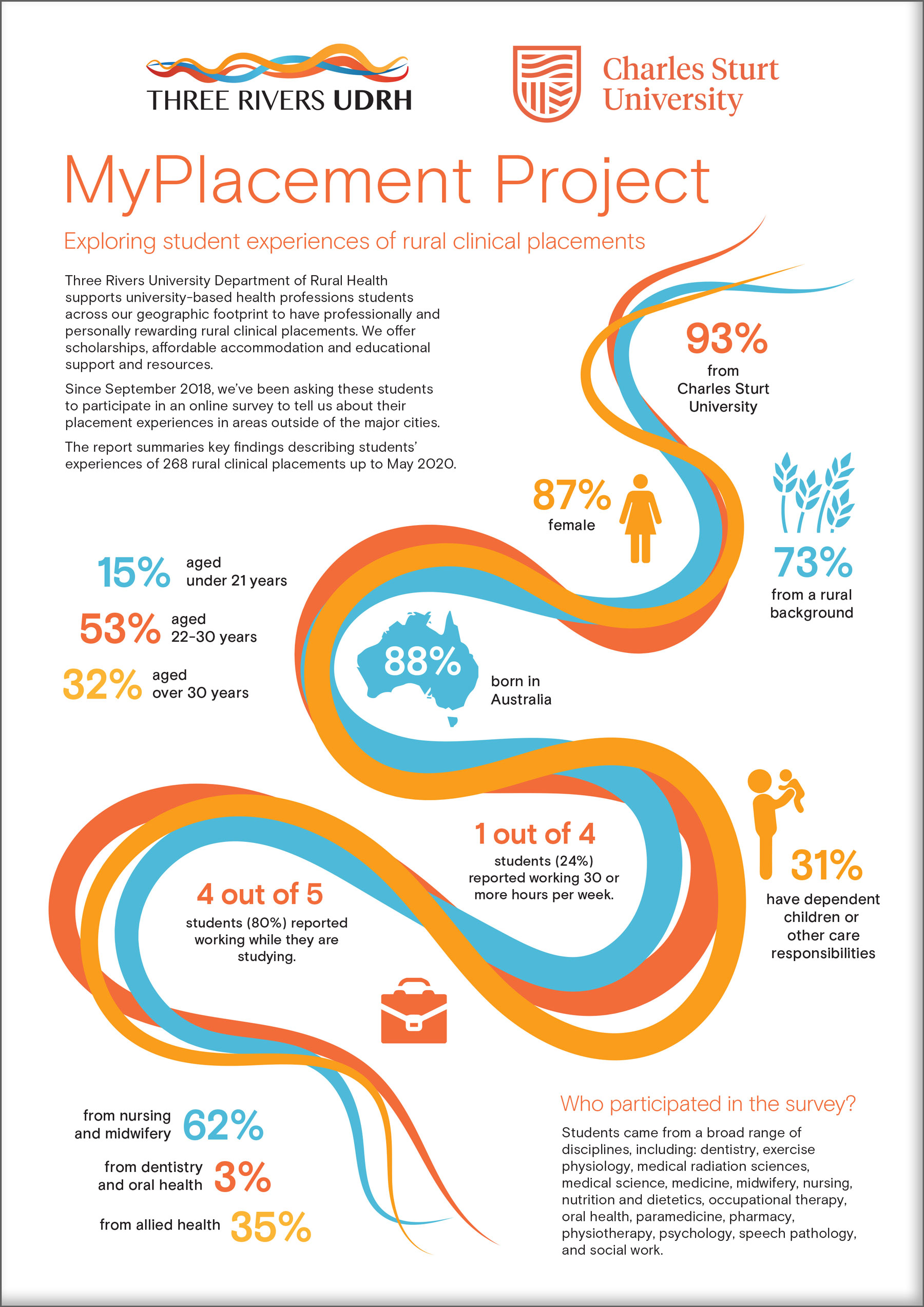