Conversation Circle - Exchange for change: communities and universities coming together 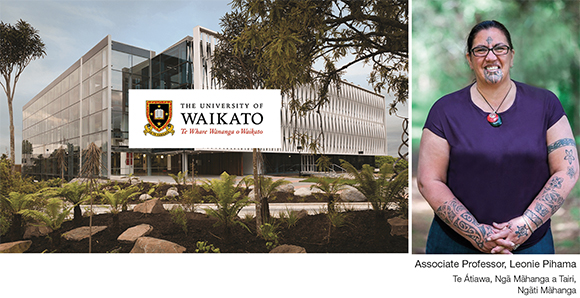 On the 19th February at the Wagga Wagga campus, Three Rivers and Ngungilanna Indigenous Student Centre were pleased to co-host a conversation circle featuring two renowned indigenous academics: Kaupapa Mãori educator and scholar, Associate Professor Leonie Pihama, Director of the Te Kotahi Research Institute at the University of Waikato in New Zealand; and Professor Sue Green, Professor of Indigenous Studies at CSU. These academics share deep commitments to indigenous education and the value of indigenous methodologies for research that supports the preservation and expansion of indigenous knowledge.

The conversation focused on the idea of Exchange for change: communities and universities coming together and the event attracted people from our academic, local and student communities. Sue and Leonie eloquently addressed a range of issues, including the significance of tribal lands and language for improving the health and wellbeing of indigenous people who have been displaced and traumatised through the ongoing effects of colonialism.

They argued that reducing persistent health inequalities between indigenous and non-indigenous populations requires understanding how caring for tribal lands and country unfolds into caring for oneself and each other. Language is key to enabling these capacities for caring because ‘within language are the rules for how to live’, and it expresses ways of being that are otherwise inexpressible.

Sue and Leonie talked about the trauma of colonialisation and its ongoing, reverberating effects on indigenous people’s lives. Their observation that, in different ways, all Australians are recovering from the trauma of colonialisation presented new angles for reflecting on the ongoing and unresolved effects of white settlement. With urgent needs to respond to climate change, they suggested that we need to find a way to live in our countries and settler societies have much to learn from indigenous and Aboriginal people about how to do this.

Moving to issues of research, we explored indigenous approaches to research and the importance of communities having meaningful involvement in identifying research priorities. Research partnerships between communities and universities are critical for research that contributes to positive changes. It requires a redistribution of power and commitment over time and, as Leonie assured us, ‘indigenous people know how to power share’.

At Three Rivers we have been exploring what genuine research partnerships with Aboriginal people across our footprint might look like. Overcoming months will be engaging with Aboriginal people to hear about their ideas.  With permission, we were able to record the conversation circle and it is well worth taking the time to listen and ponder for yourself the issues that were discussed.

A recording of the event was made and can be viewed below.

This event recording has been into 4 parts for your convenience.  We welcome feedback on this event, please email Prof. Deb Warr.

You are warmly invited to join a Conversation Circle that is being co-hosted by Ngungilanna Indigenous Student Centre and Three Rivers University Department of Rural Health.

The Conversation Circle will explore ways of working together to improve the health and wellbeing of Indigenous people.

Leonie is the Director of Te Kotahi Research Institute at the University of Waikato in New Zealand. She will share her experiences as a leading Kaupapa Mãori educator and researcher who works in the fields of education, Mãori immersion education, health, wellbeing, Mãori women’s issues and the politics of representation of Indigenous peoples.

For more information and to RSVP for catering please contact either: